After what feels like a lifetime of build-up, the infamous Storm Area 51 event took place on Friday (September 20), but it wasn’t the momentous event many people were expecting.

More than 2 million people said they were attending the event on what began as a satirical Facebook event titled ‘Storm Area 51: They Can’t Stop All Of Us,’ in a bid to ‘see them aliens.’

However, a mere 150 people turned up to the event located outside the secret government facility’s gates in the small US town of Rachel, Nevada. 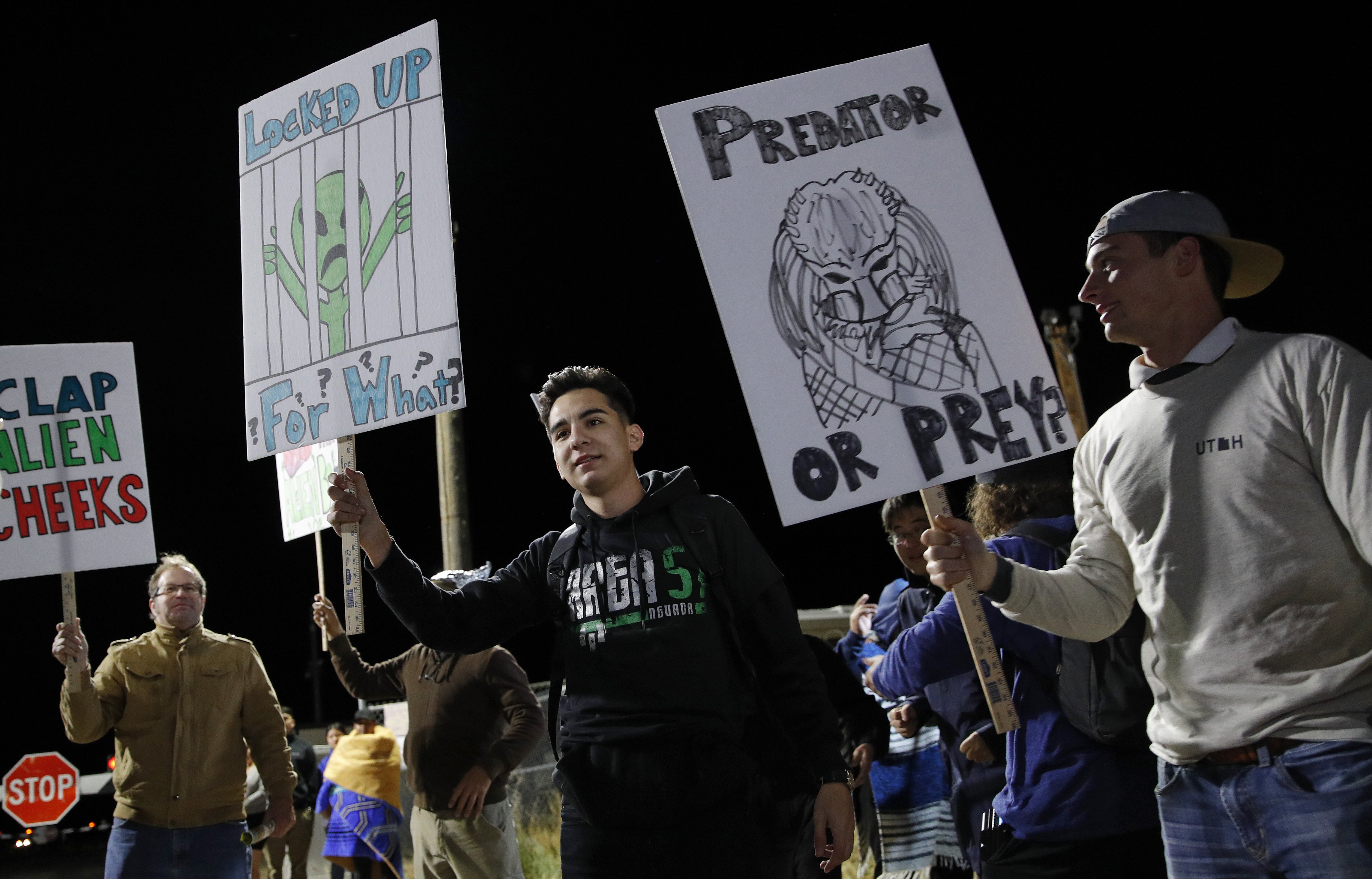 The event, which started as a joke from Matty Roberts, was removed from social media after more than 2 million people clicked attending, with a further 1.5 million registering as ‘interested’.

Since then, a host of other associated events have popped up, including music festival ‘Alienstock’ which is taking place this weekend.

According to reports, the numerous different festivals attracted 1,500 visitors to neighbouring towns, with only 150 people travelling within sight of the Area 51 gates and just 75 people actually approaching the gates on Friday morning. 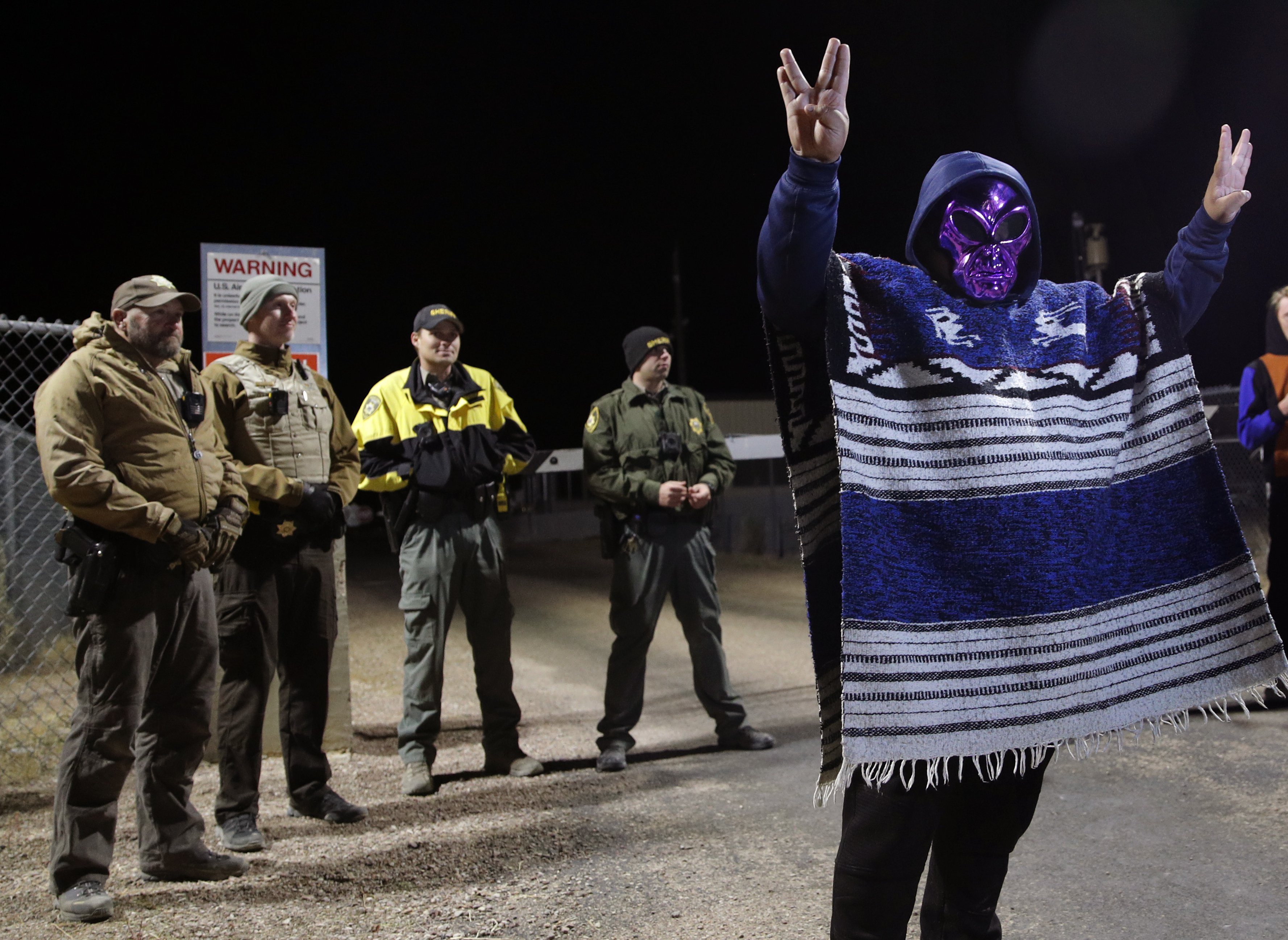 Two people were detained by the local sheriff’s deputies, although the reasons for this remain unclear. It’s alleged one woman attempted to duck under the gates, while another man is said to have publicly urinated in the vicinity.

People desire to be part of something, to be ahead of the curve. Area 51 is a place where normal, ordinary citizens can’t go.

When you tell people they can’t do something, they just want to do it more.

In the build up to the infamous event, KTNV news anchor Joe Bartels was reporting from the scene, when the first Naruto runner was spotted charging towards Area 51.

Just as he closed his news segment, Bartels was hilariously upstaged by the perfectly timed runner, which is a less than subtle reference to the original event’s satirical description which said, ‘if we Naruto run, we can move faster than their bullets. Let’s see them aliens.’

The fascination with the US military training base comes from conspiracy theories which claim the remains of crashed UFO spacecraft are kept in the grounds and that government scientists reverse-engineer the aliens’ highly advanced technology. 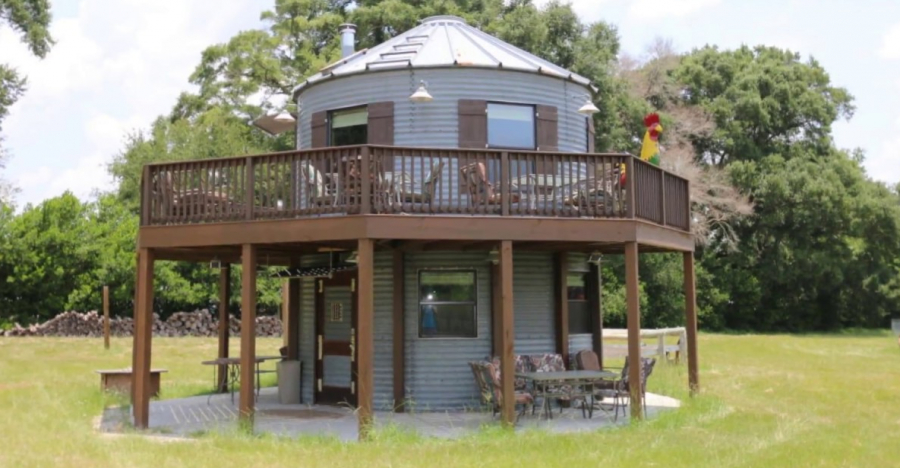 If you’ve ever taken a drive in the country, chances … 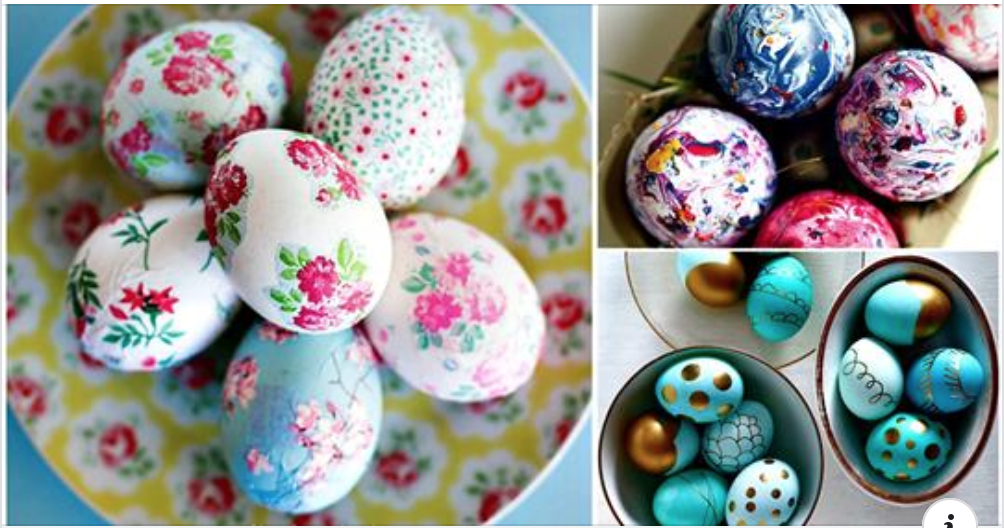 Easter is one of the most important holidays for many …