Here’s a tiny house that was made for music lovers. Part of the home is a working amp that people can plug right into with a cord. The tiny house is located in Fayetteville, Arkansas, and features a deck that also doubles as a stage for hosting bands and solo performances. The musicians just plug into the amp and play, making it simple to host house concerts. Plus, one part of the tiny house is built onto a trailer, so it can be taken on the road if need be. This genius concept was created by musician Asha Mevlana, who was living in New York City at the time. She made the plan to build a tiny house in Arkansas where her bother, and his kids live, so she applied to the Tiny House Nation show to get her tiny house built. She was so happy when she was accepted to the show, and they quickly got to work on designing this special musical tiny house for the musician. Asha plays electric violin, and she’s a professional at it playing for the Trans-Siberian Orchestra. She really wanted a home that would incorporate her career and lifestyle into one space so that she could play her music inside her home as well as outside too. For the project, she had the help of Brian Crabb, her brother who is a contractor as well as the owner of eco-friendly housing company 3Volve. Also helping with the project was her brother-in-law, Stefan, who owns a construction company called and, of course, Zack Giffin, the host of Tiny House Nation. One part of the home is the stationary portion which is 400 square feet and serves as the main house. The amp area is a 120 square foot space that joins up with the larger portion of the house to create an L shape extending the home. The trailer can also be detached and then towed by a capable vehicle like a heavy duty truck so she can take it to different locations for performances on the go. From the outside, the home looks super modern and sleek, with wood siding and black trim. There’s a garage door that opens the main home up to the outdoors and an even larger garage door on the amp portion of the building too. On the inside, the home is very spacious and open with high ceilings and lots of windows. The floor plan is very open with the living room, dining room and kitchen all sharing one space. They were even able to fit a sectional couch in the living room making it a very comfortable space. Then, the coffee table is a lift up coffee table which makes it usable as a desk or a table to eat at, plus there’s even some storage inside too. The kitchen is a great space too with lots of counters and cabinet space. They incorporated a cool pot rack that’s connected to a recycled bike wheel. So when the pedals are turned the pot rack lowers so the pots can be reached.

Asha was used to living in smaller spaces since she lived in New York City for a long time so this home has everything she needs since she was able to design it herself. The bedroom is on the main floor too which can be nicer than having a loft bedroom. She also has a great bathroom with a large tiled shower and a flush toilet, so no composting toilet for this home. All of the walls in the tiny house are soundproofed so that she can practice her music. They used recycled denim for the insulation which is a great way to keep the project eco-friendly. The music trailer also acts as a recording studio too which could be great for those who want to travel around and collaborate with other musicians. 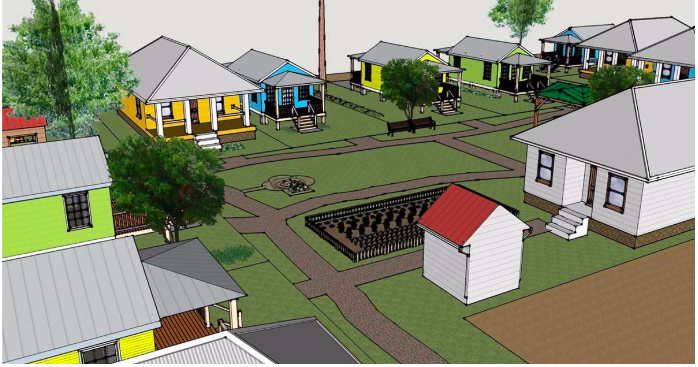 Rockledge, Florida may have a tiny home community built in … 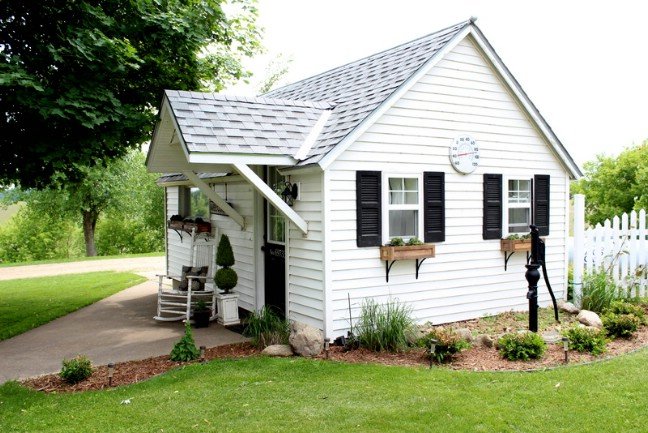 Allie is the owner of a popular blog called “Proverbs …