Perhaps no other form of architecture is more strongly associated with West Virginia than the old-fashioned log cabin. New England has its saltboxes, and the South has its Greek Revivals, but the Virginian frontier produced a kind of habitation that had never before been seen.

According to Lee and Virginia McAlester, among the foremost authorities on U.S. architecture, the log house was born of a combination of influences that converged along the Blue Ridge and swept west over the Appalachians.

The result set in motion a building method that became synonymous with West Virginia and the American south as far west as Texas and Oklahoma. The McAlesters explain the process in more detail in A Field Guide to American Houses:

“It began in the middle colonies (Pennsylvania, New Jersey, Deleware, Maryland), where Germanic immigrants from heavily wooded areas of central and northern Europe introduced techniques of building with logs hewn square and placed horizontally, one on top of the other, to make a solid wooden wall.

“[They] built large log houses with an almost square, three-room plan and a central chimney. This pattern persisted as settlement spread westward from the core area to central Pennsylvania and then southward along the forelands and valleys in front of the Appalachian Mountain barrier, which loomed to the west.

“In this secondary core area, the Germanic settlers were joined by Scotch-Irish and English pioneers who quickly adopted the log building techniques, which were much simpler than constructing complex hewn frameworks to be covered with laboriously split planks or shingles.

“These settlers from the British Isles, however, modified the shape of the three-room Continental House into the familiar one-room deep linear plan with an external chimney that dominated in the Tidewater South.”

Thus was born the Midland Log House, the McAlesters say—a tradition that was carried across the Appalachians by frontiersmen to become the dominant Pre-Railroad Folk housing over much of the heavily wooded eastern half of the country. Sturdy and durable, log houses in West Virginia have been said to match the temper of West Virginians themselves.

And, so, when you’re driving through the West Virginia woodland and find a house of timbers hewn square and stacked, know that you’re looking at a real piece of American history. 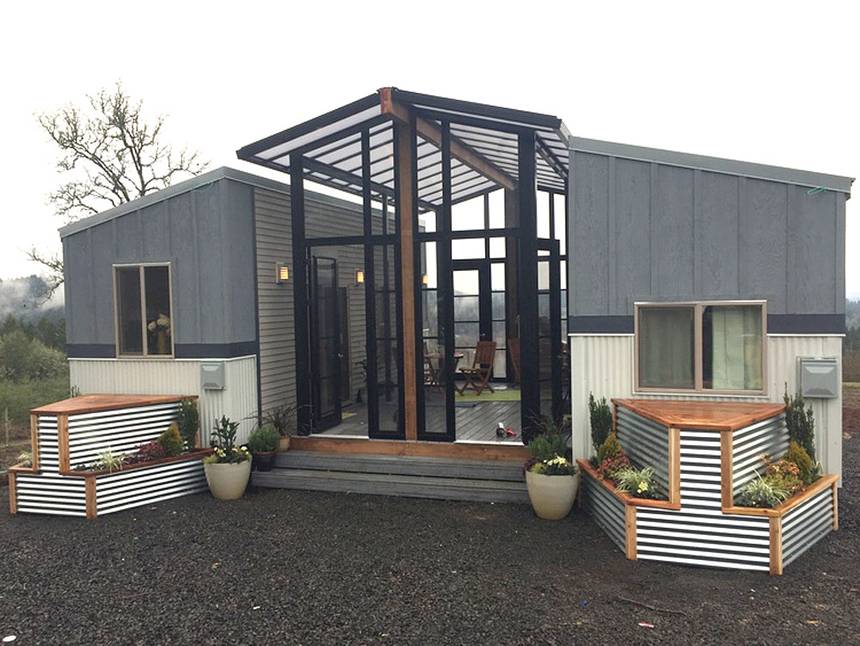 Many have pointed out that tiny houses aren’t for everyone: …