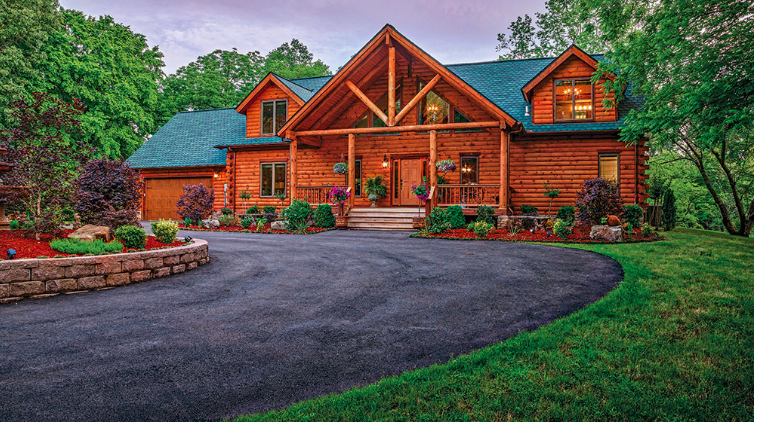 In March 2017, Walter and Diane Koon moved into their brand-new 4,660-square-foot home on the banks of the Little Red River in Heber Springs, Arkansas. Drawn to the immaculate 3-acre property, their yard is full of giant maple trees.

Southerners through and through, they adopted a “Cowboys and Indians” theme. “We’ve got a glass case on the wall that holds a circle of arrowheads — all of which I found on our farm in southern Arkansas,” says Walter. He also unearthed broken pieces of pottery, which he displays.

Though the interior design is stunning, structurally, the most unique part of the home is the roof system, which makes perfect sense considering that Walter owns a roofing company. When decking the house, he installed R-30 insulation and another sheet of plywood over that before laying shingles. Doing so results in a much cooler upper level, which is crucial given that Arkansas sees many 100+ degree days each summer.

“Log cabins can get really warm at the top, but a good R-30 insulation between the shingles and the exposed ceiling makes a huge difference,” says Walter, who also loves the aesthetic of the green roof. “The unique hexagon pattern on the shingles’ tabs really set our cabin off.”

Structurally, the log home is built using an 8-inch-diameter contour log profile milled from eastern white pine, which is borate treated for preservation. Design-wise, the home essentially has two wings, extending in the front and the back. “It’s shaped like a cross,” says builder Bob Lewis of Lewis Log Homes. “The valleys in the roof are different but they all connect to the same ridge. Because the one side is taller and wider, mathematically it was impossible to figure out how to cut it to make it look right.”

As a result, the process had to be done one rafter at a time with a crane and then slid into place, each log individually scribed — a time-consuming process, but one that created exceptional results.

The home’s staircase presented another challenge. After it was installed, Walter didn’t like how the landing protruded into the living area, swallowing up a good portion of the room. So, he asked Bob to tear down the stairs and rebuild them near the wall.

“It was a great call on Walter’s part,” says Bob. “That made the living room much more spacious.”

John Harper, a representative with New Hampshire-based Real Log Homes who sold the home to the couple, says his clients knew exactly what they wanted and never wavered.

“We started with a standard floor plan called the ‘Stonington’ and expanded on it,” John explains. “The standard Stonington is 3,256 square feet, while the Koons’ home is 4,664 square feet.”

To accomplish this expansion John’s team removed the Stonington’s rear porch and reallocated that square footage to increase the size of the kitchen and dining room. Then they added a large gable porch on the rear out of the kitchen/dining area to take in the Little Red River views and give a larger space for relaxing outside. Upstairs the bathrooms were moved and reconfigured and the on-the-spot reorientation of the stairs gives the home more of that “grand entry.”

“We made changes to suit Walter’s needs, which we do for all our customers,” John says, nothing that in the past 55 years, Real Log Homes has built roughly 35,000 homes. John, himself has been a builder since 1981 and has represented Real Log Homes for 13 years — experience that allows him to fully understand and interpret his customers’ wishes.

See also The Log Home Built After a Forest Fire

Though the Koons have two other residences in southern and central Arkansas, they built this place mainly to accommodate their large crew, which includes four children and “a flock of grandkids.”

“I built it big enough so everyone could come at the same time,” Walter says. “We’ve started a Christmas tradition where we gather here and decorate the place from top to bottom. We put up a huge tree at the bottom of the stairway and build a big fire in the wood-burning fireplace.”

In their free time, the couple likes to hunt for deer in the woods and hunt for deals at local antique shops. They also catch and release brown trout and take in the beauty of adjacent Sugar Loaf Mountain.

“I haven’t been at home on the weekend in over 20 years,” Walter says with a chuckle. “Though now this feels more like home than anywhere else.” 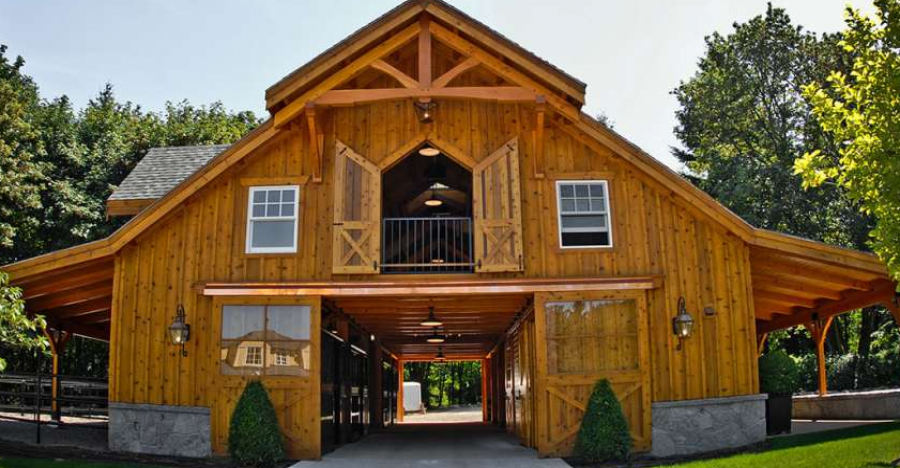 You have to take a closer look at the Barn … 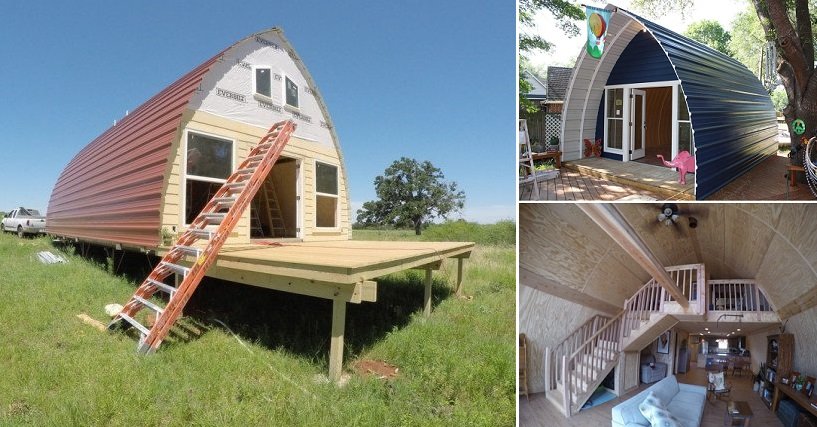 Looking for a tiny home of your dreams? You would …