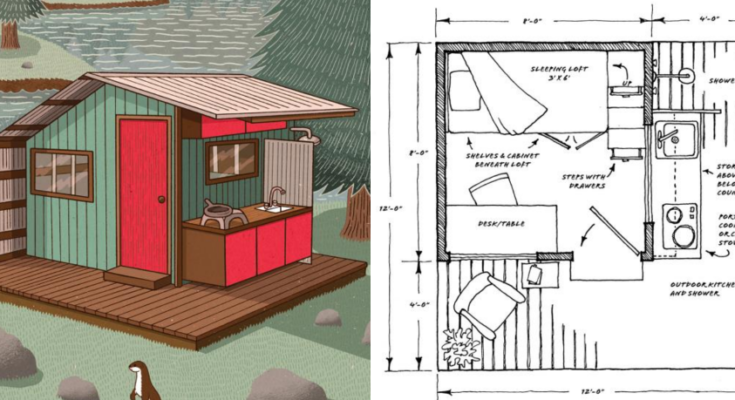 There are various levels of house-building, and this one is one of the cheapest. If you want to build a tiny shelter house — tiny! — this might be an example for you, because a fellow named Derek “Deek” Diedricksen has written about microshelters, which are the tiniest of tiny homes, and are a movement that is already quite popular.

This micro tiny house actually takes on a ‘lanternlike’ appearance from a distance after the sun sets, according to Deek, because the roof is partially constructed of clear polycarbonate. That’s a big lantern, even if it’s a tiny house! It’s 8 by 8 feet, so long enough to lay down in, but you have to keep your interior furnishings to a minimum. Because it’s an off-grid house, Deek uses a lantern and candles and oil lamps for light. It was built below the main cabin of the property, so it can be a nice little getaway sleeping quarters or guest house I guess, with lots of windows for lots of views! In fact, there are even low windows that are at risk of being kicked! This tiny house sits right be a large boulder to keep it company and provide interest outside the windows.

Yes, he built it for $300 only, using lots of salvage elements, for a workshop actually, and because of it’s rock bottom cost he called it the “Rock Bottom” hous.

This tiny house is built based on an easy A-frame design, but the A-frame is lifted onto short knee walls. This means more space in the interior for the footprint. Here Deek gives an idea of how he thinks about his tiny home construction: “All in all, the Rock Bottom cost a mere $300 to build, with many of its materials scavenged for free or acquired secondhand. The window in the door is a Pet Peek dome, designed to give pets a view through solid fencing, and it adds a little character to the front of the cabin. The multicolor chair inside also is made from what many would consider trash: barn boards and pallet wood. The front deck was yet another freebie. It’s actually a thick fence panel that Goodridge Lumber in Albany, Vermont was tossing out. After I reinforced it from below with more free lumber, it was transformed into a nice spot where I could survey the landscape with a cold beverage while tending the nearby campfire.” Photo courtesy Storey Publishing. 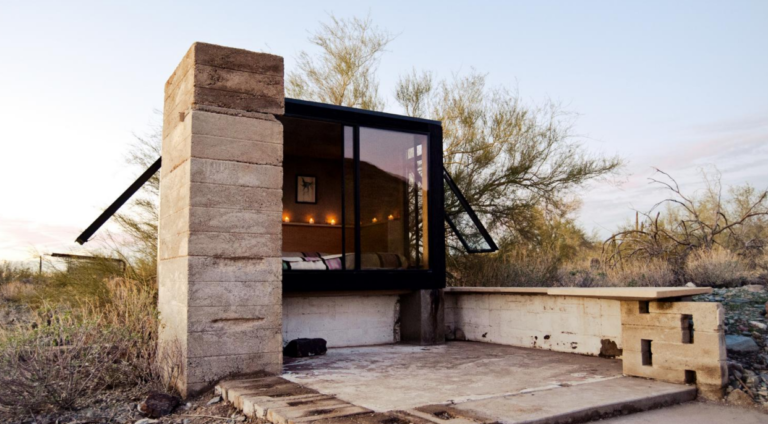 Another very tiny house! I think this one is on the Frank Lloyd Wright school property. 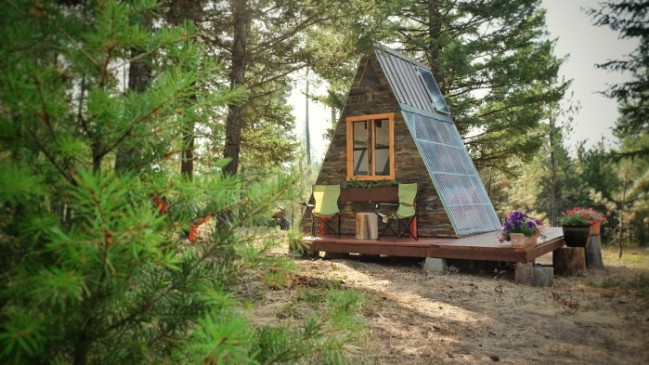 Have you ever dreamed about building your very own cute …

Most tiny houses are made in this century and therefore …